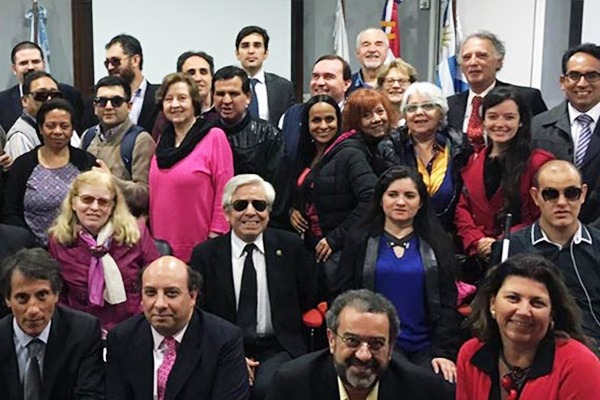 The Sub-regional Conference on the Production and Exchange of Works in Accessible Formats was held on October 20 and 21, 2016 in Buenos Aires (Argentina). The event was a follow-up to the WIPO South-South Cooperation Sub-Regional Workshop on the Implementation of the Marrakesh Treaty and offered participants a chance to brainstorm and work more intensively on issues identified during the preceding Workshop.

The Conference was attended by the same participants that attended the WIPO Workshop, with the exception of governmental representatives.

From conversations held with and among participants and national representatives from organizations for the visually-impaired, it was clear that they are highly interested in better understanding the requirements necessary to join the Accessible Books Consortium (ABC) Book Service (TIGAR), as well as how to benefit from ABC capacity building projects.

The existing close cooperation between Latin American Blind Union (ULAC) and organizations for the visually-impaired in the region – especially those from Argentina, Chile, Paraguay and Uruguay – ensured an atmosphere highly conductive to stimulating cross-border cooperation for the exchange of accessible works.

The Conference was organized by the Latin American Blind Union (ULAC), the Argentinian Federation of Institutions for the Blind and Persons with Low-Vision (FAICA), and the National Publisher of Braille and Audiobooks.