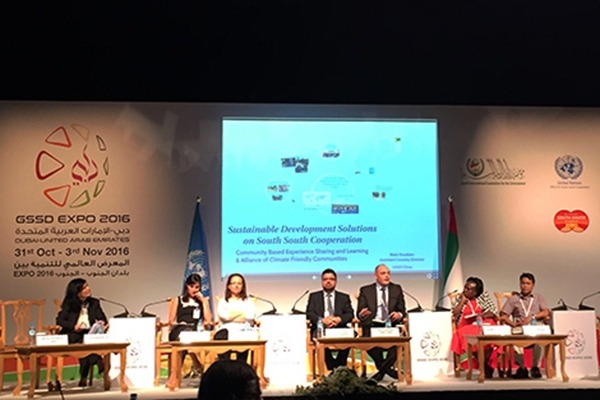 The Global South-South Development Expo (GSSD Expo) took place from October 31-November 3, 2016 in Dubai’s (UAE) World Trade Center. During the event, WIPO presented the work it carries out on South-South and triangular cooperation.

WIPO was congratulated for having allocated 1.5%of its core budget in the 2014/2015 biennium to support these activities and build upon them. The UN Inspection Unit advises that no less than 0.5% of the core budget should be allocated to the promotion of South-South cooperation.

Over the course of four days, various panels were held for the almost 700 delegates from more than 90 countries, at which successful cases of South-South cooperation were outlined in areas such as:

The host for the next GSSD Expo has yet to be defined. The 2017 edition will be the year before the celebration of the 40th anniversary of the Buenos Aires Plan Action (BAPA, 1978) – a major milestone in the evolution of technical cooperation among developing countries. As such, not only the preparations for anniversary celebration, but also perspectives for the future of South-South and triangular cooperation will be hot topics for discussion.