UNIDO Focuses on Africa and LDCs in 2017 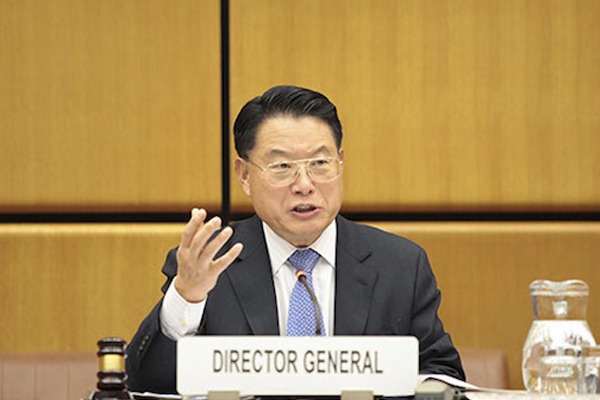 NEW YORK | VIENNA (IDN) – “Africa is by no means destined to lag behind the rest of the world economy. On the contrary, it could easily become a global economic powerhouse – and within the next decade. But, to fulfil its economic potential, Africa must industrialize,” says Director General LI Yong of the United Nations Industrial Development Organization (UNIDO).

This has been stressed repeatedly at recent international forums, including the Sixth Tokyo International Conference on African Development (TICAD VI) in August 2016, and the G20 summit in Hangzhou, China, the following month, he adds. For the first time, the G20 placed industrialization in Africa – and all of the Least Developed Countries (LDCs) – on its agenda. The African Union’s Agenda 2063 also supports this drive.

It is not surprising therefore that UNIDO will intensify efforts to foster industrialization in Africa and LDCs as part of its plans for 2017 to focus on very concrete actions to implement its strategic priorities. According to LI, “Last year re-confirmed the very close connection between UNIDO’s mandate and the global agenda; this will be the foundation of our work in 2017”.

The 2030 Development Agenda encompassing 17 Sustainable Development Goals (SDGs) adopted in 2015 fully recognized the central importance of Inclusive and Sustainable Industrial Development (ISID), which, Li says, is at the core of UNIDO’s mandate.

In 2016, the need for the Organization’s continued contributions was further highlighted when the UN General Assembly (GA) entrusted UNIDO with the lead role to implement the Third Industrial Development Decade for Africa (IDDA III) ending 2025. The first IDDA’s covered the 1980s and 1990s.

The Organization also contributed to the G20 work related to the industrialization of Africa and Least Developed Countries (LDCs) that include 34 in Africa, 13 in Asia and the Pacific, and one in Latin America and the Caribbean. UNIDO’s report to the G20 Development Working Group highlighted the benefits of inclusive and sustainable structural transformation and industrialization for diversifying the economy, creating jobs and building equitable societies.

It also underlined the benefits to Africa and LDCs of leveraging trade in intermediate goods, investment, and regional and global value chains. Such chains, the report said, can be served by micro, small and medium-sized enterprises, using their relative advantages in flexibility, innovativeness, personalized contacts, quality of products and creating new opportunities for the international sourcing of scarce specialized skills. Besides, enterprises from Africa and LDCs may be able to learn from the experience of other developing countries, especially in Asia.

The report further said: “Africa and LDCs should move away from the ‘generalized’ industrial policies that have proved ineffective over the last three decades. They also need to build strong institutions and viable investment climates. And they need to realize the full potential of public-private partnerships (PPPs) and the opportunities for collaboration among industry, governments and other stakeholders.”

The report also offers recommendations for national policy as well as regional and global collective actions to advance industrialization and end poverty and hunger.

The Organization’s Director General says: To implement its ISID mandate, which helps UNIDO Member States harness the full potential of industry to lasting prosperity for all, the Organization will further mainstream its Programme for Country Partnership (PCP) approach. From an initial three pilot countries (Ethiopia. Peru and Senegal), the strategic PCP approach will be enlarged to include many more countries.

Considering that the PCP helps leverage more technical and financial support from development partners to achieve inclusive and sustainable industrial development in targeted countries, UNIDO expects an expansion of the PCP to contribute to a successful implementation of IDDA III.

At the same time, UNIDO will strengthen its partnerships with international financial institutions (IFIs), in line with the new cooperation framework put in place last year with the World Bank. This would enable UNIDO to further explore programmatic synergies with regional and international financial institutions to develop joint operations for a larger number of activities.

The overarching first priority action in 2017 relates to the implementation of the Global Goals, for which UNIDO will work even more closely with the international community to achieve all SDGs, with a special emphasis on SDG 9 on industry, innovation and infrastructure.