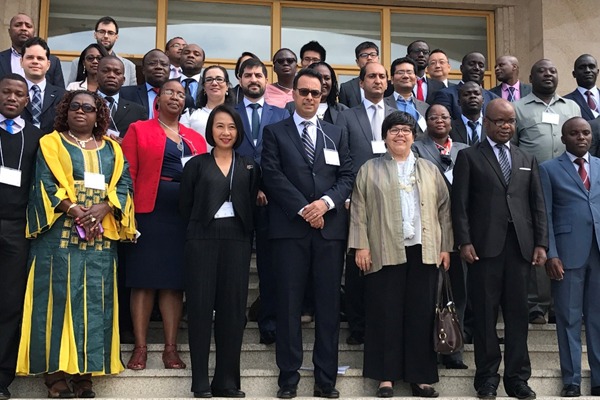 The overall objective of the capacity building workshop was to encourage debate and develop a shared conceptual understanding of what needs to be done to expand and scale up South-South cooperation.

The workshop focused on the experience of Southern African countries. It was the third in a series of workshops following one for West Africa held in Benin in February 2017, and one for East Africa held in Kenya in May 2017.

During two days of workshop, participants shared their experiences on South-South and triangular cooperation and discussed how to scale up the national and regional institutional arrangements for the management of South-South and triangular cooperation, in a way that would serve the sustainable development objectives of the countries of the South within the framework of the 2030 Agenda and 2063 Agenda for Africa.

The participants also continued their discussions on the critical issues raised during the second workshop held in Nairobi, Kenya, focusing on the below topics:

“In the process leading up to the High-level United Nations Conference on South-South Cooperation to be hosted by Argentina in March 2019,” Mr. Iziraren said, “it is important that the national institutions in charge of coordinating South-South and triangular cooperation participate actively in this preparatory process”.

Over 40 participants, most of them heads of the national institutions dealing with international cooperation and South-South cooperation, from 18 countries representing different regions of the South (Africa, Asia and Latin America), as well as United Nations agencies and regional organizations joined the Mozambique workshop.

The Permanent Secretary of the Ministry of Economy and Finance of Mozambique, H.E. Mr. Domingos Lambo, and UN Resident Coordinator and UNDP Resident Representative in Mozambique, Ms. Marcia de Castro, were present at the opening session of the workshop.