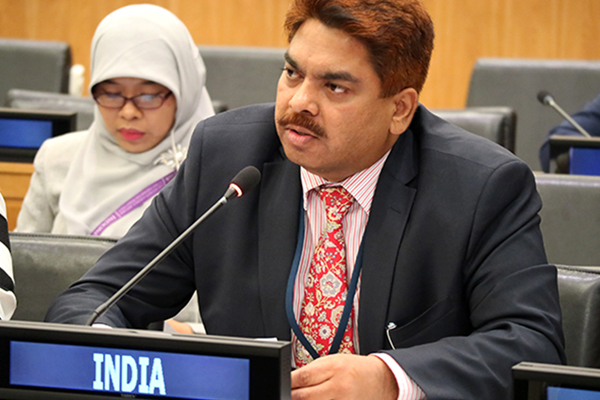 Speaking at the 2017 United Nations Pledging Conference for Development Activities, India announced its decision to significantly scale up its contribution to the India-UN Development Partnership Fund, managed by UNOSSC, through a multiyear contribution of $100 million.

India and the UNOSSC launched the India-UN Development Partnership Fund on the 8 June 2017. The collaborative initiative is aimed at reducing poverty and hunger, improving health, education and equality, and expanding access to clean water, energy and livelihoods.

The first project from the Fund, a ‘Climate Early Warning System in Pacific Island Countries’, is being executed in partnership with seven island nations. The project was formulated by the Governments of the Cook Islands, the Republic of Kiribati, the Republic of the Marshall Islands, the Federated States of Micronesia, the Republic of Nauru, the Solomon Islands, and the Kingdom of Tonga, together with the United Nations Development Programme, in consultation with the Government of India. The project increases resilience to natural disasters in these seven Pacific island countries, and as such contributes toward Sustainable Development Goal 12, Climate Action.

The Fund has identified 15 further projects. In 2017 India has contributed $5 million to fund these projects. $2 million will be utilized for reconstruction in Dominica and Antigua and Barbuda following devastating hurricanes earlier this year.

The resources India is committing “are non-earmarked in the spirit of sustained predictable funding for SDGs and South-South cooperation,” said a delegate of India.