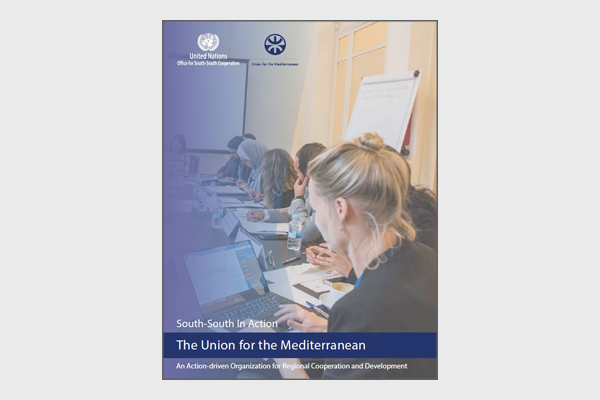 Recent years have demonstrated that the scope and scale of the challenges we face in the Euro- Mediterranean region, relating to security, irregular migration, unemployment and climate change, require a swift, balanced and concerted approach. However, while these challenges are of regional dimension and call more than ever for collective responses, the level of regional integration in the Mediterranean remains amongst lowest in the world.

A study commissioned by the Union for the Mediterranean (UfM) has indeed shown that, out of all trade flows occurring in the UfM region, 90 percent are within the European Union, 9 percent between the North and the South, and only 1 percent among southern and eastern Mediterranean countries themselves.

In light of these figures, and also considering the huge potential and benefit for enhanced regional cooperation in the Euro-Mediterranean region, the importance of regional mechanisms and frameworks such as the UfM is becoming increasingly pivotal. The UfM embodies today the willingness of 43 member States, under the active leadership of its Co-Presidency assumed by the European Union and the Hashemite Kingdom of Jordan, to strengthen regional cooperation between the EU and its Southern partners, and also between Southern countries themselves, through a pragmatic and yet ambitious approach.

The UfM is in a privileged position to facilitate regional cooperation and strategic partnerships with key stakeholders in the Euro-Mediterranean region, and plays an essential role in fostering synergies and joining collective efforts to address the three interrelated priorities of the region – human development, stability and regional integration – ultimately contributing to the achievement of the 2030 Agenda for Sustainable Development. In light of this action, the United Nations granted observer status for the UfM in the General Assembly in 2015.

South-South and triangular cooperation have emerged as ways to provide increased opportunities for collaboration, as well as to accelerate human and sustainable development. Recognizing this, the UfM has joined forces with the United Nations Office for South-South Cooperation (UNOSSC), under the framework of the memorandum of understanding signed in January 2017, to actively foster these cooperation modalities within the Euro-Mediterranean ecosystem and amplify its action as the Mediterranean chapter for the implementation of the 2030 Agenda. We look forward to continuing to reinforce our partnership with UNOSSC in our action towards an effective regional cooperation, and enhanced development and stability in the Euro-Mediterranean region.

The United Nations Office for South-South Cooperation (UNOSSC) was established to promote, coordinate and support South-South and triangular cooperation globally and on a United Nations system-wide basis. We support United Nations Member States, United Nations entities, intergovernmental organizations, and other stakeholders to identify, replicate and scale-up local, regional and global solutions to development challenges, in order to achieve the 2030 Agenda for Sustainable Development.

South-South in Action is one of UNOSSC’s flagship publication series. Launched in 2016, it provides a space for our partners to promote and celebrate their South-South and triangular cooperation initiatives.

I am pleased to present this edition in partnership with the Union for the Mediterranean (UfM). This unique intergovernmental organization brings together 43 States from around the Mediterranean, offering them a space to develop collective solutions to shared regional challenges. As an organization comprised of States from both the North and the South, the UfM is a natural platform for achieving development gains through both South-South and triangular cooperation.

The UfM is based on principles of equity and mutually beneficial partnerships amongst countries with various political, cultural, and socioeconomic backgrounds. It promotes a co-owned relationship between developed and developing countries of the Mediterranean, a shift from traditional donorrecipient relationships. As is made evident in this publication, the organization actively encourages both triangular North-South-South relations, and exchange between Southern countries. Key areas of focus include building regional stability and empowering youth.

In particular, the cases presented here make clear the importance of strong institutional mechanisms for South-South and triangular partnerships. Institutional mechanisms, such as that provided by the UfM, assist with building political will, mobilizing resources, and implementing projects. This is especially important for projects of a regional nature.

I am pleased the share this publication with all interested parties. I hope that the cases presented and lessons learned enable other stakeholders and regional organizations to effectively utilize and scale up their South-South and triangular activities, as a complement to North-South activities, towards the achievement of the 2030 Agenda.

Finally, I wish to take this opportunity to thank our partners at the UfM for the hard work and dedication that has gone into this publication.