Report on South-South Cooperation in Ibero-America 2017 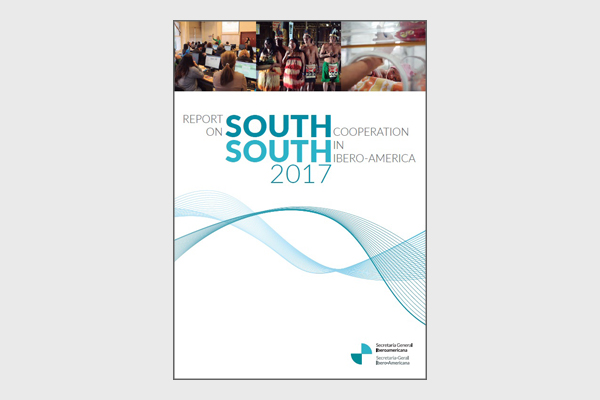 This annual document summarizes, systematizes and analyzes South-South Cooperation in Ibero-American countries. The report, which has been published since 2007, is the only document of its kind in a developing region. The 2017 Report is the tenth edition of a constantly evolving product.

Who drafts the report and how?

The Ibero-American countries jointly agree on the contents of the report, the method for registering information and the definition of concepts, thus making this report an exercise in South-South Cooperation. The countries involved in the drafting process work at the technical and political level.

The report also reflects on the Buenos Aires Plan of Action (BAPA), within the existing context of the 2030 Agenda for Sustainable Development, forty years after its adoption. It underlines the validity of this document, which continues to set a benchmark for development cooperation strategies developed by governments, regional organizations and the United Nations.