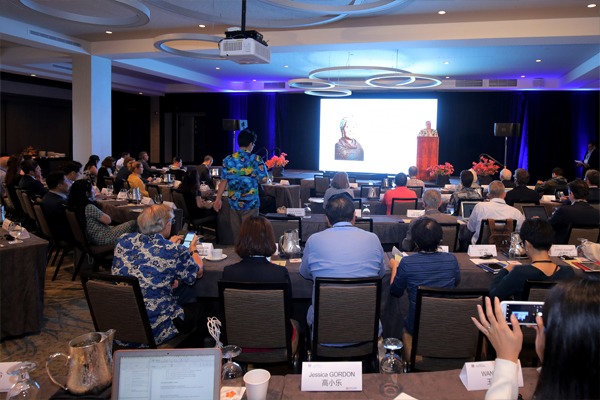 Hawaii, USA: 11 January 2018 – The United Nations Office for South-South Cooperation (UNOSSC) and the Beijing Qiaonyu Foundation jointly launched the QIAO Plan on Climate Change and Nature Conservation during the East-West Philanthropists Summit IV. The QIAO Plan will make available an initial amount of RMB 85 million (approximately $13.5 million) between 2018 and 2023.

UNOSSC will host the QIAO Plan and oversee its provision of grant support to mobilize Southern expertise and solutions, and capitalize on resources, networks and capacities of the United Nations system and other partners. Through supporting a group of pragmatic demand-driven climate change and conservation projects, the QIAO Plan aims to respond directly to the priorities of developing countries.

United Nations Deputy Secretary-General Amina Mohammed welcomed the launch of the QIAO Plan in a message to the Summit, saying, “Secretary-General António Guterres and I recognize the central role of the private sector, the philanthropic community and civil society in accelerating climate action and achieving sustainable development.” The Deputy Secretary-General stressed the importance of deepening partnerships with these stakeholders, including through the 2019 Climate Summit, as such partnerships will support developing countries in enhancing their ownership and leadership of climate actions, as well as strengthening South-South collaboration.

“The QIAO Plan will bridge international cooperation to address climate change and to enhance nature conservation via strengthened climate partnership of the South,” said Jorge Chediek, Envoy of the Secretary- General on South-South Cooperation and UNOSSC Director. He further pointed out that the South-South climate actions and partnerships supported by the QIAO Plan would contribute to the implementation of the Secretary-General’s Climate Change Engagement Strategy.

Madam Qiaonyu He, Founder and Chairperson of the Beijing Qiaonyu Foundation, jointly launched the QIAO Plan. “Nature is changing constantly and rapidly, leaving us limited time to learn and prepare. We should and we are learning by doing, and the partnership with UNOSSC charts our first global attempt,” said Madam He. “We hope that our global call to action will reward us with the most qualified organizations and the best projects to address challenges of climate change.”

The QIAO Plan took root during the Marrakech COP22 in 2016 with Madam He’s announcement of a RMB 100 million seed fund to support climate actions and sustainable development. This was the first major non- State pledge following the entry-into-force of the Paris Agreement. According to the work plan, the QIAO Plan is scheduled to roll out its global call for bidding in mid-2018, and will announce its first group of supported projects during COP24 in Katowice, Poland in December 2018. 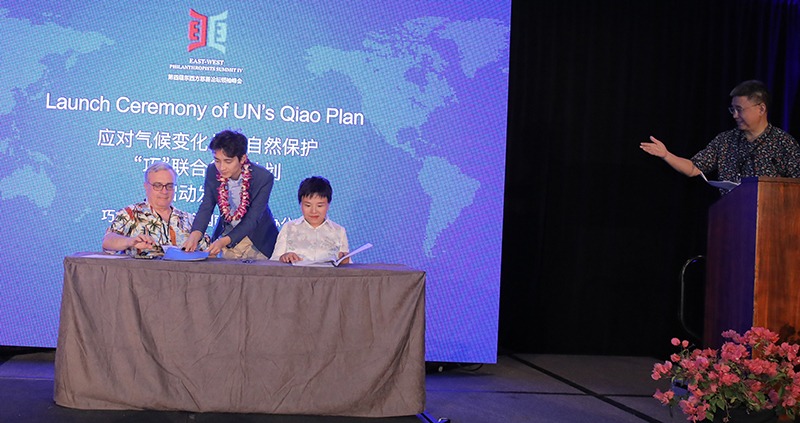