The Unstoppable Strength of the South 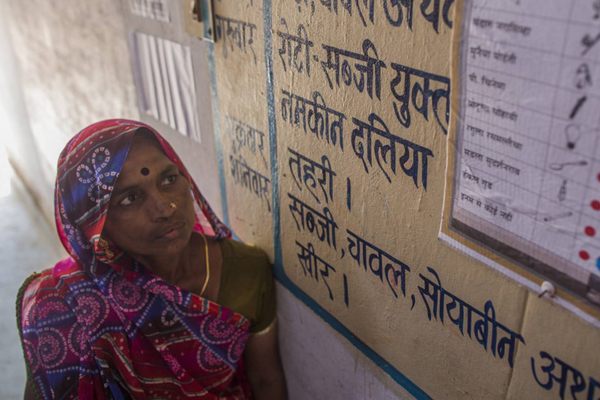 The United Nations is promoting collaboration and mutual support among countries such as China, India, Brazil, Bangladesh and Chile to create flows that enable them to reduce inequality with the North.

The new 2030 Sustainable Development Goals, agreed by the United Nations General Assembly, are a step forward for humankind in a world mired in turbulence. Good news. “The most inclusive development agenda the world has ever seen,” according to UN Secretary-General Ban Ki-Moon. The plan proposes ending poverty and malnutrition, reducing inequality—one of its central causes—protecting the environment, and eradicating gender and other discrimination, to create a more just, more sustainable world.

The challenges posed by the SDGs are demanding. Of the world’s 7.3 billion citizens, 3.2 billion work, and 600 million new jobs will need to be created by 2030 to keep pace with population growth. Eight hundred million people live in extreme poverty and earn less than US$1.25 (1.02 Euros) per day. Among those who are employed, 28.1% earn less than two dollars (1.63 Euros) a day, in sub-par jobs. Malnutrition, instead of dropping in 2016, increased for the first time in 15 years, to 815 million, according to the Food and Agriculture Organization (FAO). Inequality continued to grow and, according to Oxfam, the one percent own assets equal to 50.4% of the gross world product. This 1% owns more wealth that the other 99%.

The United Nations General Assembly says that South-South Cooperation “is a manifestation of solidarity among peoples and countries of the South that contributes to their national well-being, their national and collective self-reliance and the attainment of internationally agreed development goals.” The UN created the Office for South-South Cooperation to support these efforts, and has asked international agencies to include it in their plans and projects, and to assist it with resources. It draws on actors such as China, India, Brazil and others who provide considerable financial and technological support, and use a very broad portfolio of cooperation instruments with other developing countries. These include, among others, concessional financing, direct investment, technology transfer, increased mutual trade, training and technical cooperation in a growing variety of fields.

Cooperation is aimed at supporting structural changes. It is not conditioned on economic policies; it practices non-intervention. Recipient countries are owners of the projects and it is a win-win game. These are some of the principles that govern, for example, the successful India-Brazil-South Africa Fund, which in a short time produced 27 projects in 15 countries, among them Burundi, Cabo Verde, Guinea-Bissau, Sudan and Fiji.

But it is not only the largest countries of the South that engage in SSC. The case of Chile, an upper-middle income country, shows the potential of SSC. One the one hand, it is a recipient of cooperation, and on the other, it turned to triangular cooperation to engage in SSC with third countries. It currently has 12 partners supporting its cooperation efforts. In turn, Bangladesh has recently established a forum for sharing practices to innovate public administration, to demonstrate their own experiences and continue innovating with initiatives from other countries for the benefit of its population.

The recent UN Global South-South Development Expo, in Antalya, Turkey, attracted 850 representatives from 120 countries and showcased the intense riches and great enthusiasm for expanding and creating new South-South and triangular cooperation initiatives. This strong commitment represents a solid base for the discussions that will be held at the Second High-level United Nations Conference on South-South Cooperation in Buenos Aires in March 2019.

SSC is contributing to the 2030 SDGs, and also innovating. Underlying this is the idea that poverty is not only an income issue, but instead a multidimensional problem, that expresses itself in vulnerability, overexposure to risk, lack of power, a dearth of opportunities and the inability of people to develop their capabilities.

When Pope Francis is told that poverty is improving, one of his most common responses is: “Something more can and must be done … on behalf of the poor.” South-South cooperation is moving imaginatively in that direction.