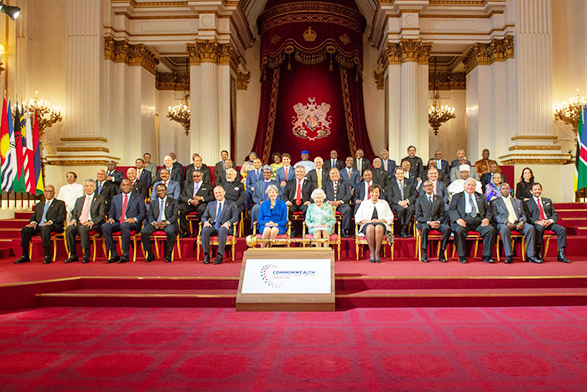 The India-UN Development Partnership Fund Commonwealth window supports demand-driven, country-owned, and concrete initiatives that focus on the implementation of 17 SDGs.

The establishment of the Fund and the dedicated Commonwealth window has been widely welcomed. Ms. Amina Mohammed, Deputy Secretary of the United Nations stated, “South-South cooperation is one of the world’s most important pathways to prosperity. I am therefore delighted that India is demonstrating such strong leadership to helping others through the India-UN Development Partnership Fund. India’s commitment is also timely, as the world strives to advance the 2030 Agenda for Sustainable Development. India’s focus on multilateral action generates genuine hope that we can build a world where no one is left behind.”

Ms. Fekita Utoikaman, United Nations Under-Secretary General and the Secretary-General’s High Representative for the Least Developed Countries, Landlocked Developing Countries and Small Island Developing States stated, “India’s leadership and dedication to improve the living conditions of people living in the countries that are most affected by poverty, hunger, and impacts of climate change, bring us closer to achieving the ambitious Sustainable Development Goals. I am pleased to work together with India in advancing sustainable solutions in the countries of the Global south and in enhancing the opportunities for a prosperous and sustainable future for all.”

Ambassador Syed Akbaruddin, Permanent Representative of India to the United Nations stated, “The establishment of a dedicated Commonwealth window of the India-UN Development Partnership Fund is a unique model of South-South development Cooperation.  The Commonwealth membership is built on a shared past, respect for common values, broadly similar government structures, and institutions.  We are, therefore, excited to initiate this partnership to contribute to our collective efforts to implement Sustainable Development Goals.”

“Over the past two decades, India has made huge economic strides and lifted millions out of poverty,” said UNDP Administrator, Mr. Achim Steiner. “It has shown itself again to be a leader in South-South cooperation with this new opportunity to support vulnerable countries in the Commonwealth achieve the Sustainable Development Goals and fulfill the central promise of Agenda 2030 to leave no one behind.”

“The Commonwealth Window of India-UN Development Fund is an admirable example of South-South cooperation,” said Mr. Jorge Chediek, Envoy of the Secretary-General on South-South Cooperation, and Director, UNOSSC. “UNOSSC is pleased and gratified to collaborate with the Government of India in bringing this initiative to fruition.”

For media interviews or for more information, please contact:

Live and archived video is available at https://www.unsouthsouth.org/partner-with-us/india-un-fund/