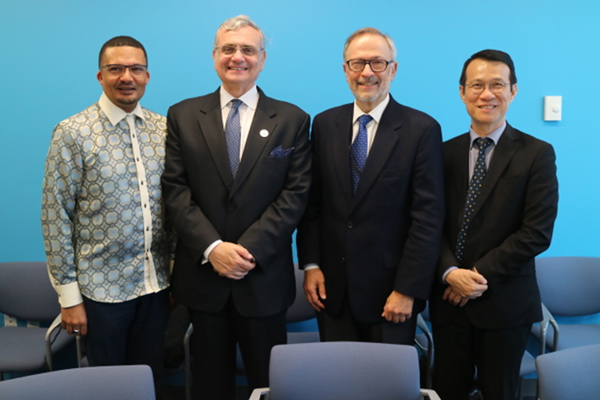 The 33rd Annual Meeting of the Committee of Experts of the Pérez-Guerrero Trust Fund (PGTF) convened in New York today. The Committee will be in session through July 25.

“This year the Fund reached significant milestones: The total number of projects approved to receive PGTF support is 311, and US$14.2 million has been awarded for said projects,” said Mr. Eduardo Praselj, Chair of the Committee of Experts.

The Committee comes together annually to review proposals for South-South cooperation projects involving a minimum of three developing countries. These applications for PGTF funding are submitted to the Executive Secretariat of the Group of 77 by the governments involved through their Permanent Missions to the United Nations in New York.

PGTF has supported South-South cooperation activities for 35 years, during which 143 countries have benefitted from 311 projects. 48 United Nations Member States, including Least Developed Countries and Small Island Developing States have contributed financially to PGTF. 131 countries have participated in the Fund’s activities, adding parallel and in-kind contributions to PGTF initiatives.

A distinct feature of PGTF is that over 40% of its funding is inter-regional and offers support to projects and areas that tend to receive less international attention and funding. The fund has contributed towards the attainment of all 17 Sustainable Development Goals and has a rich portfolio of projects ranging from biodiesel production to trade regulation to hydropower technologies.

The Committee makes recommendations on projects for their subsequent approval at the Group of 77 Ministerial Meeting. The agenda of the Committee also entails:

The Committee is comprised of six delegates, two from each region of the South following G77 groupings: Africa, Asia-Pacific and Latin America and the Caribbean.

Photos of the event