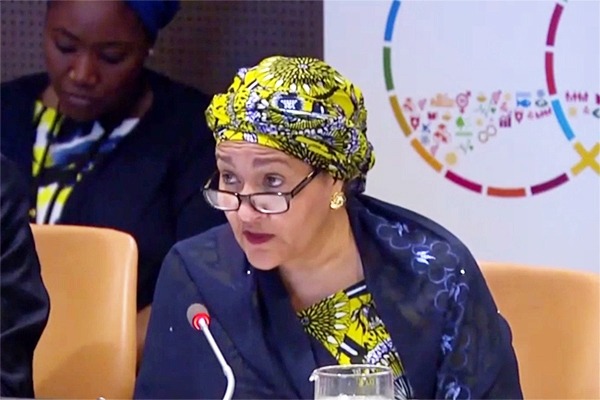 UNITED NATIONS – Forty years ago on this day, countries of the Global South envisioned a world where the knowledge and expertise that they held could be used to promote technical cooperation with each other. They also agreed to ask the UN System to collaborate in this endeavor, said Ms. Amina J. Mohammed, Deputy Secretary-General of the United Nations, marking the United Nations Day of South-South Cooperation at a High-level discussion organized by UNOSSC.

“Together, we must identify and encourage the areas where South-South cooperation can be most effective,” the Deputy Secretary-General said, highlighting that the UNOSSC – in collaboration with Member States, UN agencies and other development partners – has created a compilation of ‘Good Practices in South-South and Triangular Cooperation for Sustainable Development’. The document launched during the UN Day celebrations features more than 100 Southern best practices that are relevant to the implementation of all 17 Sustainable Development Goals.

“BAPA reaffirmed that the purpose of what would later become South-South cooperation was to derive mutual benefits from the sharing of experiences and knowledge, thus making a call toward facing the challenges of development in an integrated way,” said H.E. Mr. Daniel Raimondi, Vice Minister of Foreign Affairs and Worship, Government of Argentina.

“The exchange of knowledge, experiences and development solutions is critical for countries of the South to achieve the 2030 Agenda,” said H.E. Mr. Daniel Raimondi. “In this context, it is of paramount importance to reinforce the institutional setup of South-South and triangular cooperation at all levels.”

The Second High-level United Nations Conference on South-South Cooperation (BAPA+40) to be hosted by Argentina in March 2019, said H.E. Mr. Daniel Raimondi, “provides a unique opportunity to review lessons learned from the past decades, to identify new areas and mechanisms where South-South and triangular cooperation can add value and have more impact, and commit to build an adequate and systematic follow-up within the framework of the United Nations system.”

On the occasion of UN Day H.E. Mr. Daniel Raimondi launched the BAPA+40 logo. The new logo is derived from the original 1978 logo design – symbolizing West, East, North and South as partners for development – where the figurative elements of the “globe” and “bridge” merge to form an whole more powerful than the sum of its parts. The palette of the BAPA+40 logo corresponds to that of the 17 SDGs approved by the UN in 2015. The colors are integrated into the design through concentric rays that emerge from the center of the logo and providing the feeling of dynamism and projection into the future. 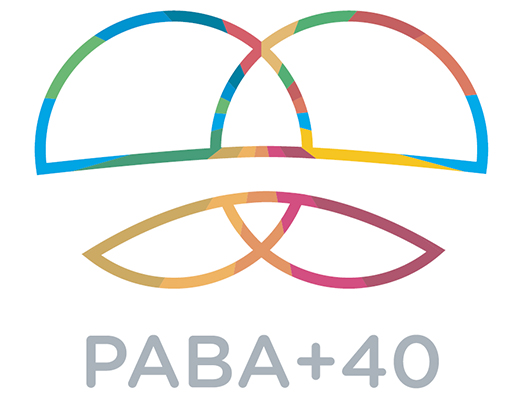 This last UN Day ahead of BAPA+40 “is an occasion to recognize and underscore 40 years of collaborative initiatives amongst developing countries that have helped to improve the lives of millions across the Global South,” said H.E. Mr. Adonia Ayebare, Permanent Representative of Uganda to the United Nations, and President of the High-level Committee on South-South Cooperation.

“Developing countries – regardless of their size or level of development – have something to bring to the table. They are home to solutions, practical technologies, human skills, and institutions that can be utilized by other countries,” H.E. Mr. Adonia Ayebare said. “Emerging economies have been particularly strong contributors to the South’s social economic strength. However, the tremendous achievements of the South are not solely attributed to the emerging and middle-income countries. They also include initiatives by developing and least developed countries, which have themselves developed innovative successes in critical areas such as food security, access to energy information and communication technologies among others.”

H.E. Mr. Adonia Ayebare congratulated UNOSSC on preparations thus far and encouraged all Member States to make contributions and actively engage in negotiations leading up to the Second High-level United Nations Conference to ensure its success.

“The forthcoming BAPA+40 Conference is an opportunity to enhance South-South cooperation and to identify the proper ways to harness it toward achieving the 2030 Agenda and eradication poverty in all its forms and dimensions,” said H.E. Mr. Mohammad Fathi Ahmed Edrees, Permanent Representative of Egypt and Chair of the Group of 77. “BAPA+40 will be an occasion to access progress, review lessons learned and identify challenges… taking advantage of the significant achievements of the developing countries.”

H.E. Mr. Mohammad Fathi Ahmed Edrees commended UNOSSC for its work, “especially in networking and making known various forms of and instances of South-South cooperation within the UN system as well as among developing countries.” He stressed, however, that a “major strategic effort and thinking must be called for on how to strengthen the support by the UN and by the international community for this form of development cooperation.”