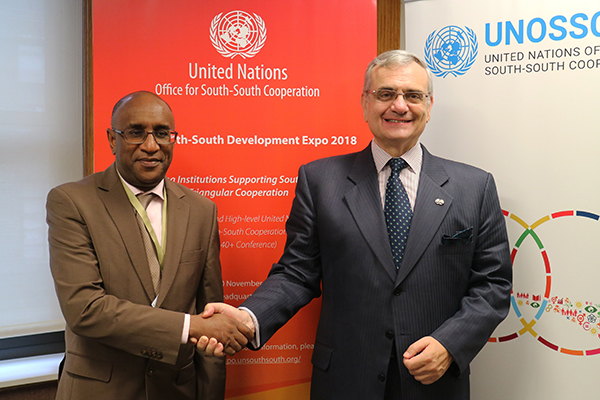 Minister Kane was joined by His Excellency Mr. B A Ousmane, Permanent Representative of the Islamic Republic of Mauritania to the United Nations and their team. The Mauritanian delegation expressed appreciation of the Government of India’s initiatives in the Global South and setting an example of South-South cooperation in the achievement of the 2030 Sustainable Development Agenda.

Mauritania is one of the partners of the India-UN Fund in the project “Enhancing Capacity to Reduce Maternal Mortality in Nouakchott” which aims to curb the maternal mortality rate and improve the health of mothers and newborns in the capital city. World Health Organization (WHO) in Mauritania is the implementing UN agency and they work in close collaboration with the Ministry of Health to provide skills training to midwives and healthcare personnel, improve infrastructural facilities and provide sanitary and non-medical equipment to establish 11 health centers, specializing in reproductive health in Nouakchott and Gorgol.

The Minister and his team commended the Government of India for its support to address maternal mortality in Mauritania and the UNOSSC as Secretariat and Fund Manager of the India-UN Fund. He hailed the efforts of WHO Mauritania in-country and expressed hope that the success of this project would provide opportunities for future collaboration to scale up results and accomplish the Sustainable Development Goals. 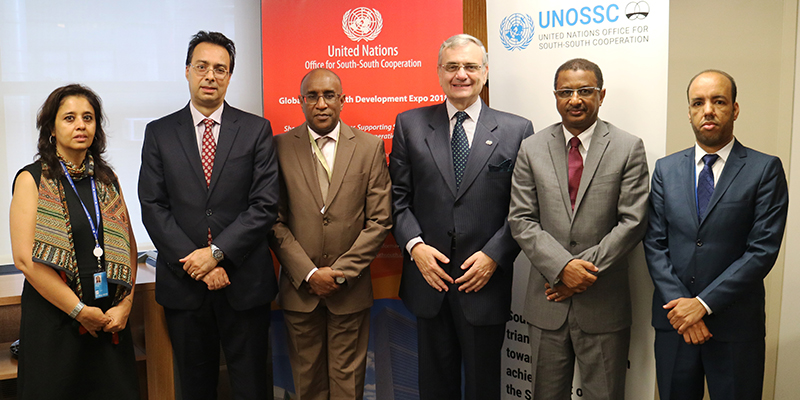