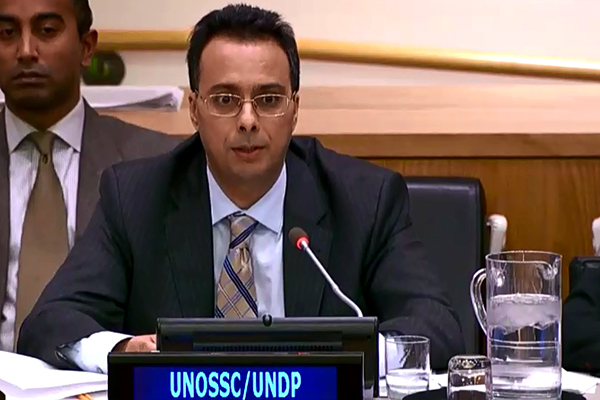 Tarik Iziraren, Deputy Director for Policy and Strategic Partnership of the United Nations Office of South-South Cooperation, introduced the Report of the Secretary-General on the State of South-South Cooperation (document A/73/321) to the Economic and Financial Committee (Second Committee) of the General Assembly, stating South-South cooperation advanced on all fronts during the reporting period of 2017‑2018.  He noted the report emphasizes the catalytic role of cooperation and how the United Nations system is responding to developing countries’ demands.

Measures by United Nations organizations have placed cooperation at the centre of strategic priorities, and along with Member States, are undertaking promising efforts to turn cooperation into a force for poverty eradication, he said.  Efforts to boost city-to-city cooperation are expanding, as 68 per cent of the world’s population will live in urban areas by 2050 including the rapidly expanding global South.  He stated that nearly 30 United Nations entities are integrating policies, programmes and good practices drawing on expertise, experience and technology in the developing world.

Report of the Secretary-General on the State of South-South Cooperation (document A/73/321) is linked here: https://drive.google.com/drive/folders/0B-buqyoV0jpSXzF6d1k2TzZtS1U