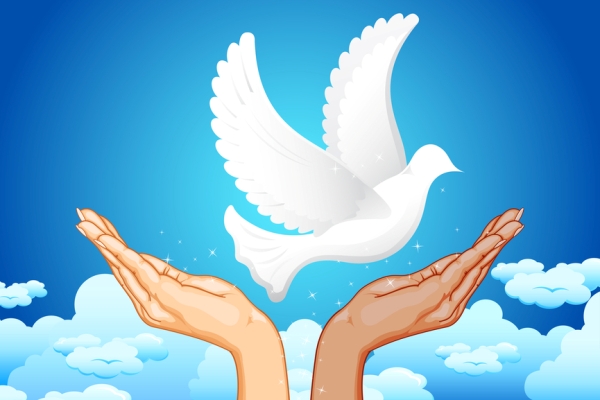 The 2030 Agenda for Sustainable Development is the most ambitious plan for economic and social change humankind has ever proposed. As United Nations Secretary-General António Guterres explains it, one of the agenda’s essential pillars is to advance peace in the world

A joint report by the World Bank and the United Nations projects that half of the population living in poverty in 2030 will be in countries affected by high rates of violence.

Likewise, according to the 2018 Global Peace Index, peace has deteriorated in 92 countries. Since 2010, the number of high-intensity violent conflicts has tripled, and in recent years the consequences of conflicts, such as number of people killed, number of refugees, military spending and terrorist incidents, have reached historic levels.

The harm from violence is enormous and spans a very wide range, but just in the economic realm, it has been estimated that countries affected by war lose 8.5% of their economic growth in the first year and 4.5% in subsequent years.

Conflicts and their consequences are further complicated due to complex factors, such as issues of cyber security, the advance of organized crime networks internationally, and climate change and its succession of impacts that are degrading the habitats where the poor make their lives.

Many countries of the South have been greatly affected in recent years by mass internal displacement, multitudinous waves of refugees and migrants, all in search of a safe and better life.

Conflict prevention is a major issue. Besides the fact that it is a matter of basic human rights, whatever resources are invested in prevention, they will always be a small fraction of those needed to deal with crises and reconstruction.

Amartya Sen, who presided over the Commonwealth report “Civil Paths to Peace,” warns against the reductionism of applying a purely police and military perspective to conflicts.

Along with that there is much more. Among other crucial cultural issues, we must confront the notion of the inevitability of the clash of civilizations.

The University for Peace stresses that without education, the cycles of conflict and violence will repeat. We need to educate for non-violence, social growth and respect for the law.

The President of the UN General Assembly considers that sustainable peace necessarily requires holistic approaches and developing a culture of peace. Specifically, the UN Secretary-General’s Report on Peacebuilding, which led to the “twin resolutions” on peacebuilding, expressly highlights the need for UN agencies to work together collaboratively to prevent conflicts and build peace, and defines the important role of South-South Cooperation along these lines.

In this context, South-South Cooperation can play a very effective role, in policies for the prevention, management and transformation of the underlying causes of conflict.

Many countries of the South have experienced a long and painful period of learning, which would be very fruitful if they shared it with others, recognizing and valuing in practice the current difficulties that cannot always be foreseen or extrapolated in efforts to create more peace.

However, up until now, as Cecilia Milesi pointed out in a UN News article on South-South Cooperation and peace, the practices and experiences of the South in building sustainable peace have been scarcely considered and have not been systematically or consistently shared among like countries.

This situation must and can change and the UN Office for South-South Cooperation, with multiple national, regional and global partners, and in cooperation with specialized UN agencies and other international agencies, is promoting and facilitating efforts to make these practices the center of collective interest and turn them into a complementary and rich path to creating societies without fear and at peace.

Some of the actions being led by the UN Office for South-South Cooperation are:

Many of these activities are already happening. The challenge will now be to expand action within this area and better coordinate efforts to enhance the potential for impact, for example:

Colombia managed, after 50 years of internal war, and after a long process of negotiation with ups and downs, to advance in the disarmament of a military conflict that profoundly affected the quality of its society and its development.

This process is in frank implementation, with multiple activities aimed at reintegrating into society the groups involved in the conflict, truth- and justice-seeking policies, along with others.

Beyond its own challenges at home, Colombia is already busy disseminating and sharing the different lessons it has learned; for example, by cooperating with Cambodia on clearing anti-personnel mines.

In the same vein, Indonesia worked for a decade to foster dialogue with the warring factions in Cambodia. Afterwards, it collaborated with Cambodia to build capacity in areas such as small and medium-sized enterprises, microfinance, women’s empowerment, agriculture and good governance.

At the same time, Indonesia is actively helping to address violence in Afghanistan by supporting reconciliation and peacebuilding efforts and is cooperating with Timor Leste on applying the conclusions of the Joint Commission on Truth and Friendship.

Another important example comes from Argentina. This country suffered a dictatorship that left thousands of unidentified victims and it now has extensive experience in forensic investigation. For years, it has been cooperating around this issue with other countries, including South Africa, Thailand, Vietnam and several Latin American nations.

Another experience from Argentina is the “Houses of Justice,” which, at the local level, were taken to Colombia, with very successful results.

Among potential areas for South-South Cooperation for peace, different Latin American countries, such as Argentina, Uruguay and Costa Rica, have developed wide-ranging experience in interreligious dialogue. Their dissemination is highly useful; these experiences foster dialogue between religions instead of antagonism, helping to overcome prejudices that exacerbate divisions, and which in other areas of the world have led to constant outbursts of violence.

Dialogue among young people from different religions, races and nationalities, and even sports, can be a very important bridge in the prevention of certain types of violence. Latin America has a wealth of these dialogues and significant experience to offer in this regard, which could be very useful in other regions of the South.

Violence prevention needs to be addressed from multiple integrated angles. From intellectually dismantling prejudices, education in non-violence, and the systematic promotion of a culture of non-violence, to overcoming the marginalization, exclusion, discrimination, and economic and social inequality that produce them.

What is at stake—sustainable peace—is decisive for the development and future of humankind. The in-depth mobilization of South-South Cooperation for this purpose, which will be one of the issues at the grand BAPA+40 (Second High-level United Nations Conference on South-South Cooperation), can contribute renewed instruments to this inescapable challenge.