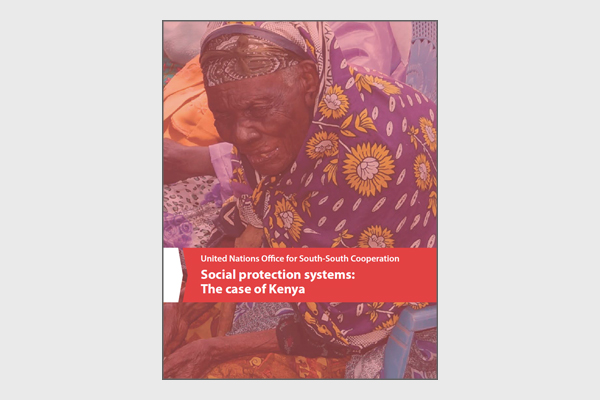 For centuries, Africans have relied on their communities to meet their material, social and spiritual needs. Social Protection has been perceived through these lenses in rural areas in many African Countries. This continues to be the case. The modernization era that followed the post-colonial State has gradually introduced ideas of Social Protection based on a national scheme. Kenya was one of those countries in Africa that developed legislation on National Social Protection very early after independence. This was through the creation of the and the National Social Security Fund in 1965 and the National Hospital Insurance Fund in 1967.

The Structural Adjustment Programs of the late 1980s and early 1990s however affected several countries in the sector of social protection. Government expenditure on social sectors dropped; many Africans became vulnerable and income and access to basic health severely decreased. Africans in urban areas were caught between the ‘lost paradise’ of community solidarity and the failing common national solidarity systems.

Discussions around the need for social and human dimensions in the ‘triumphant’ capitalist era, gave some impetus to some progressive leaders in the South. President Lula of Brazil, by developing policies that catered to social sectors proved to the contrary that sound economic policies accommodate if not benefit from social and humane policies. Many African countries felt emboldened by the success of the Brazilian model and sent delegations to Brazilia to learn from their experience; South-South Cooperation at its best.

Kenya embraced the fever and mood of the revival of social protection ideals to rethink, reenergize and modernize its social protection policy framework. It has been, in Africa, at the fore-front of this silent revolution of ‘national solidarity for national prosperity’. The Kenyan model of Social Protection is adapting and constantly integrating new dimensions. The latest is the current piloting of the Universal Basic Income experiment and more importantly the collaboration between the government and the private sector. This publication of the Kenyan model aims at sharing with other countries of the South what can and cannot work, considering several constraints common but also unique to several African countries.

Our hope in supporting this work is that countries will take one or more aspects of this experience and possibly develop a better model for their own people.