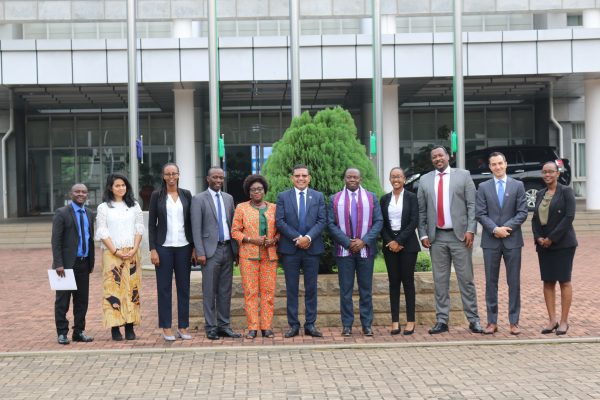 Twenty-five years ago, on April 7, 1994, the genocide against Tutsi took the lives of 800,000 people in Rwanda. Even those with limited knowledge of the events that took place would be surprised at the extent to which Rwanda has gone from a “failed State” to one of Africa’s fastest growing countries. Rwanda is a country that has opened its doors to all, where irrespective of citizenship, visa upon arrival can be approved within just a few hours.

During our 3-day g7+ mission in Kigali hosted by the Rwanda Cooperation Initiative (RCI), we were exposed to memories of the genocide and the present day progress Rwanda has made. Coming from Afghanistan, a country that has several similarities including their land locked geography, I couldn’t help but repeat to myself what president Paul Kagame of Rwanda once said, “If Rwanda could do it, why can’t any other country?”

Societal harms including mistrust, social fragmentation and economic failure are often left behind by conflict. Refabricating societies is one of the most difficult challenges in the aftermath of civil strife. Failure to do so results in periodic relapse into cycles of conflict and crisis. The genocide was one of the worst in this respect. Millions of perpetrators were alleged to have been involved in the 100-day slaughter of Tutsi during the genocide claiming nearly 10,000 lives per day. Economy, and the state institutions, were turned to debris. The country lost its cadre and institutional infrastructure.

After the Rwandan Patriotic Front (RPF) army seized control of Rwanda and stopped the genocide, the challenge turned to consolidating peace and healing the societal fragmentation that could otherwise push the country into chaos. The trial of the perpetrators of genocide in the International Criminal Tribunal (ICTR) for Rwanda would take 200 years and hundreds of millions of dollars. More importantly, such internationally administered trials would have done little to heal the societal divide between the Hutu and Tutsi that could leave the country very fragile.

Hence, in 2002, the Rwandan government chose a customary based system for trying genocide cases: Gacaca. Gacaca is a community-based dispute resolution mechanism where courts were established not only to deliver justice, but to strengthen reconciliation. It was closed in 2012 after delivering the mandate of trying millions of perpetrators over 10 years.

Similar to Gacaca, there are several other home-grown mechanisms that the Rwandan Government and its people adopted that account for the country’s transformation. These solutions are rooted in the traditional culture and values of Rwanda. Some examples are described below: 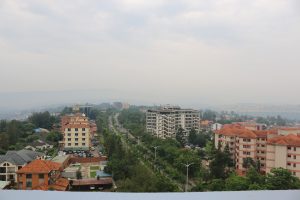 Umuganda, a practice of self-help and cooperation among family, friends and neighbors, was used to construct and rehabilitate schools, clinics and other infrastructure. The Government partnered with community members to provide materials while the latter provided labor. Umuganda, taking place once a month, was also a platform for people to come together after finishing the assigned work and discuss communal and national matters that need to be conveyed to the Government. This illustrates an example of an inclusive and people-centered approach rooted in country tradition.

Imihigo/ Umuhigo is the pre-colonial cultural practice in Rwanda where a person would set targets or goals to be achieved within a specific period of time. In the year 2000, a decentralization program was launched to shift responsibility to local level governments, but this would require a robust approach to monitoring and evaluation so that central government could ensure accountability. Hence, Imihigo (performance contract) was introduced as a national policy. Imihigo, now extended to all spheres of Government, has resulted in improving accountability and delivery.

Umushyikirano, as President Kagame described, “is a unique Rwandan institution that is about bringing all nationals together to review the State of the Nation over the past year, and exchange ideas about the way forward”. Rooted in indigenous culture, Umushyikirano has become a national dialogue aimed at participatory governance where each citizen feels part of the national development agenda. It is an annual forum chaired by the President where the public office holders account for what they are expected to deliver. In addition, matters of national interest are consulted upon.

There are several culturally rooted mechanisms that the Rwandan people and leaders have used to address the needs of the country. The ones mentioned above exemplify the rich history, wisdom and knowledge each country can draw upon. However, countries need visionary leadership that can mobilize that wisdom to generate prosperity.

One of the major obstacles faced by countries affected by conflict is fragmentation caused by over-reliance on mechanisms and procedures that were designed externally. Even the reformist leaders in these countries are overwhelmed with solutions that are imposed from outside, rarely with any consideration of what results will follow. The traditional aid practices further tie their hands to implement reforms that are rooted in their own country’s needs and context.

Examples such as Rwanda are an inspiration for other countries. South-South Cooperation and in particular Fragile-to-Fragile Cooperation (exchange of knowledge cooperation among the conflict affected countries within g7+) have a role to share and advocate for supporting home-grown solutions. The aim is not to export the exact models of peace, state-building and development, but rather to inspire countries and their leaders to take bold initiatives rooted in the context of where they operate. As much as it aims to assist peers, South-South cooperation must also focus on assisting reform of traditional international cooperation in peace, state-building and development to make it contextually suitable. The g7+ has undertaken a bold initiative in this regard by coining the concept of Fragile-to-Fragile cooperation to mobilize the wisdom from within the countries. This has resulted in changing the narrative of “fragility” which has traditionally been a contentious term. The g7+ believes that no country is fragile by nature. Fragility is merely a period in the nationhood where countries require concerted and effective support to be resilient. Effective leadership is at the core of its success.

Leadership, unity, accountability and thinking big were the common pretext to our conversations with officials and local people in Kigali. When leaving Kigali, I reflected on how these four terms can be the pillars upon which we can propel nation and state-building at country level. How can these themes be a preamble for reforms in international cooperation? I invite the pundits of humanitarian, peacebuilding and development cooperation to be humble and enrich their encyclopedia with lessons from countries like Rwanda.

The United Nations Office for South-South Cooperation (UNOSSC) signed a MoU with the g7+ to support its member countries to share home-grown and locally relevant solutions for peace and development, using South-South Cooperation as a modality to enable inclusive peace. In this context, UNOSSC, the g7+ Secretariat and countries and the Republic of Rwanda can support each other to increase their self-reliance for inclusive peace and development.
More information on the joint work between g7+ and UNOSSC can be found below: