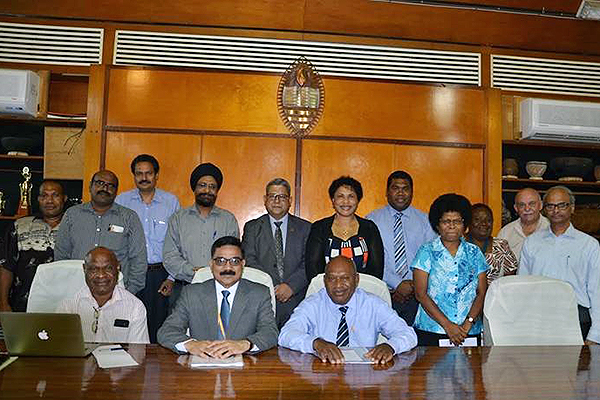 As a strong proponent of South-South cooperation and Agenda 2030, India is supporting over 40 Least Developed Countries, Small Island Developing States and Landlocked Developing Countries to achieve the Sustainable Development Goals through its India-UN Development Partnership Fund. For example, the project “Strengthening the Centre of Excellence in Information Technology” in Papua New Guinea is being implemented in collaboration with University of Papua New Guinea and United Nations Development Programme (UNDP).

Papua New Guinea faces challenges in the use of information and communications technology (ICT), due in part to a lack in adequately trained staff, funds, and infrastructure. The Government of Papua New Guinea’s objective through this project was to build a specialized ICT learning facility, the Centre for Excellence in Information Technology (CEIT) which willdevelop the country’s capacities in ICT.

CEIT will provide courses to public officers, teachers, and students, and it will respond to industry needs in terms of the types of courses offered. It will also develop a specialized curriculum and software for trainings.

With support from Government of India, the Centre will bridge academic and skills requirements for employment and expand ICT markets in Papua New Guinea. Improved ICT skills have the potential to connect 85 percent of the population living in hard-to-reach areas. In addition, considering that over 50 percent of the population is under the age of 25, increasing skill capacities will build resilience and will create opportunities for employment as the nature of work changes. In supporting skills development, the India-UN Development Partnership Fund supports Papua New Guinea’s localized Sustainable Development Goal (SDG) targets, specifically contributing to SDG 4, to ensure inclusive and equitable quality education and promote lifelong learning opportunities for all.

The initiative involved South-South exchange of knowledge between Papua New Guinea and the Government of India. The concept design for CEIT was developed by the Centre for Development of Advanced Computing (CDAC) in India, along with the University of Papua New Guinea. IT engineers from CDAC were also present to guide the installation of IT equipment at CEIT. The partnership and knowledge exchange between India’s CDAC and the University of Papua New Guinea is representative of the incredible knowledge-sharing potential through South-South cooperation amongst countries facing similar development challenges.

CEIT was completed in March 2019 and by August 2019, ICT equipment had been installed in the facility. The facility was opened by representatives from both the Government of India and the Government of Papua New Guinea, who have worked together with UNDP Resident Representative Mr. Dirk Wagener to implement this transformative project. Mr. Dirk Wagener also met with the Indian High Commissioner to Papua New Guinea, His Excellency Mr. Vijai Kumar about possible future collaboration.

The United Nations Office for South-South Cooperation (UNOSSC) serves as the manager for the India-UN Development Partnership Fund at the request of the Permanent Mission of India to the United Nations in New York. Seeking to further the objectives of South-South collaboration, UNOSSC works within the UN system to engage a range of partners to advise on the achievement of internationally-agreed upon Sustainable Development Goals and to foster self-reliance in developing countries according to their national aspirations and values.