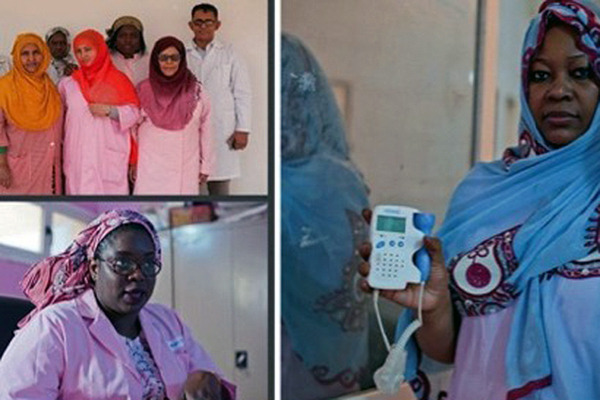 The Government of India supports South-South cooperation through the financing of over 40 initiatives and projects across the Global South through its India-UN Development Partnership Fund. In July 2018, the Mauritanian Government’s Ministry of Health launched a project, entitled “Enhancing Capacity to Reduce Maternal Mortality in Nouakchott,” implemented by the World Health Organization and supported by the India-UN Development Partnership Fund. The project aims to reduce overall preventable maternal mortality rates and neonatal mortality rates through improvements to health infrastructure and health professional trainings in newborn delivery.

Mauritania has identified maternal, neonatal, and infant mortality as one of its national priorities in its strategy for accelerated growth and shared prosperity 2016-2030. The country experiences challenges in accessing adequate maternal and neonatal healthcare, medications, health training, and equipment, all of which play a role in the current high maternal and neonatal mortality rates. In 2014, 44% of maternal deaths in public hospitals occurred in the capital Nouakchott.

With the overall goal of reducing preventable maternal and neonatal mortality in Nouakchott, the project aims to i) reinforce the management and coordination system to combat maternal deaths in three divisions of Nouakchott and enforce compliance; ii) provide and train qualified personnel to apply policy standards and maternal and neonatal health procedures in 11 targeted health facilities; and iii) improve the working environments of these facilities through the reinforcement of infrastructure, non-medical equipment, sanitation, and medicines.

In the span of one year, the project has yielded significant results. It has upgraded and modernized 10 out of 16 health facilities and reinforced a management and coordination system to improve coordination of policy standards to fight maternal mortality in three administrative provinces of Nouakchott. Twenty-four health facilities received improvements to their infrastructures, and all targeted health structures received adequate sanitary equipment, drugs, and consumables needed for interventions. This means that more maternal deaths can now be audited, and recommendations passed to the highest level of the national health system.

All health workers in charge of maternal and neonatal health at targeted facilities have been trained and are supervised by doctors and midwives. Eighty-nine midwives were trained to give essential neonatal emergency obstetric care and 17 were trained on supervision techniques. Personnel qualified to apply policy standards and maternal and neonatal health procedures are now present in 13 health facilities.

Maternal and neonatal care has not only demonstrably improved, but the project exceeded expectations. Interventions to combat maternal mortality are now evidence based, with 100% of maternal deaths in regions audited. A final report on medical causes and preventions of maternal mortality will be completed in 2019. Internet connections now exist in 8 out of 11 structures targeted by the project. Implementation in the other three structures is underway.

Through future expansion of health facilities – through a second project phase of two years – the Government of Mauritania will received the necessary data to turn this project into a model to be replicated throughout the country and eventually the Sahel. Through the support of the India-UN Development Partnership Fund, the first phase of the project has directly contributed to Sustainable Development Goal 3 to promote good health and well-being for all.

The UN Office for South-South Cooperation (UNOSSC) manages the India-UN Development Partnership Fund at the request of the Permanent Mission of India to the United Nations in New York. The Office seeks to further the objectives of South-South Collaboration within the UN system to engage a range of partners to advise on the achievement of internationally-agreed upon Sustainable Development Goals and to foster self-reliance in developing countries according to their national aspirations and values.