South-South Cooperation Taking To the Sky Along The Silk Road 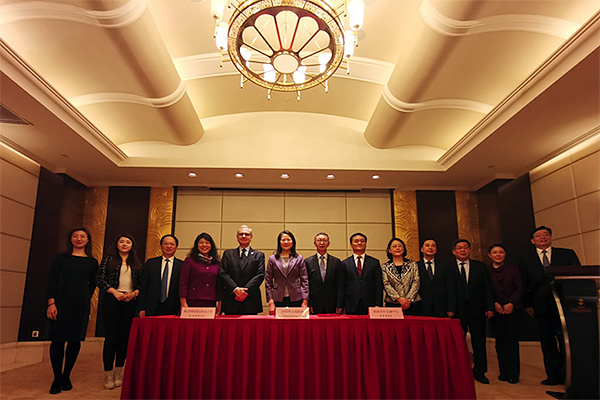 Group photo of participants in the meeting.

“Fruits from Chile can reach Zhengzhou’s supermarkets in less than 20 hours, which was unimaginable in the past,” said H.E. Madam Huo, emphasizing Henan’s achievements in social and economic development, and highlighting the rapid growth of Henan’s civil aviation industry which now handles almost 60 percent of the nation’s air cargo of seafood and fruits.

Henan Province attaches great importance to international cooperation for development, said Ms. Huo, sharing the vision of the leadership of Henan Province to leverage the resources and networks of the “Air Silk Road South-South Cooperation Partnership Alliance”. This partnership concept was first proposed in March 2018, and enlisted as one of the official outcomes of the 2nd Belt and Road International Cooperation Forum in April 2019. The Government of Henan, UNOSSC and FC-SSC have committed joint support for South-South knowledge and expertise exchange, technology transfer, capacity development and vocational trainings between Zhengzhou, Henan and other civil aviation hub cities.

Mr. Chediek commended the novelty of the “Air Silk Road” concept and the vision and efforts of the Government of China in sharing its development achievements with other developing countries through leveraging the strategic opportunities offered by the Belt and Road Initiative. He recognized the transformative accomplishments achieved by China, including Henan Province, since 1949. He also anticipated through this partnership to realize win-win cooperation for all its partners.

Located in the center of China, Henan is one of the nation’s most populated provinces with a population of approximately 100 million in 2018. It is one of China’s major economic engines, an emerging industrial province with enormous market potential, and also the nation’s largest grain producer. According to the Government of Henan, in 2018, its GDP ranked 5th in China, growing by 7.6 percent compared with the year before; and crop yields of Henan reached 66.5 billion kg, accounting for 10 percent of the country’s total.

Henan stands in the heartland of China’s domestic and international transportation and logistics systems. Zhengzhou is the center of China’s railway network, with several critical high-speed railways passing through. In 2018, Zhengzhou Xinzheng International Airport, one of the eight major hub airports in China, handled approximately 27 million trips and 500,000 tons of overall cargo throughput, ranking as the nations’ 12th and 7th largest respectively.