South-South cooperation is a manifestation of solidarity among peoples and countries of the South that contributes to their national well-being, their national and collective self-reliance and the attainment of internationally agreed development goals, including the 2030 Agenda for Sustainable Development. That cooperation is done through a broad framework of collaboration among countries of the South in the political, economic, social, cultural, environmental and technical domains. Involving two or more developing countries, it can take place on a bilateral, regional, intraregional or interregional basis. Developing countries share knowledge, skills, expertise and resources to meet their development goals through concerted efforts.

This year, a special commemorative event was held at United Nations Headquarters in New York on 12 September in Conference Room 6, from 10am-12pm. Keynote messages were delivered by United Nations Secretary-General Mr. António Guterres and H.E. Ms. María Fernanda Espinosa Garcés, President of the 73rd Session of the UN General Assembly.

This was followed by the launch of an independent report on South-South and triangular cooperation entitled “Cooperation Beyond Convention”. 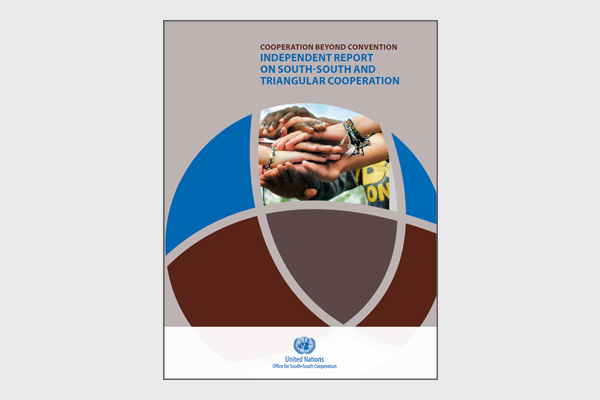 A video message was presented from H.E. Mr. Jorge Faurie, Minister of Foreign Affairs and Worship of Argentina on behalf of the BAPA+40 host country.

Commemorative Statements were delivered by H.E. Ms. Audra Plepyté, Permanent Representative of Lithuania and Co-facilitator of BAPA+40; H.E. Ms. Feda Abdelhady-Nasser, Deputy Permanent Observer of the State of Palestine and Chair of the Group of 77; H.E. Mr. Philip Ochen Andrew Odida, Deputy Permanent Representative of Uganda, representing the President of the 19th Session of the High-level Committee on South-South Cooperation, and Co-facilitator of BAPA+40; and Mr. Achim Steiner, Administrator of the United Nations Development Programme, BAPA+40 Secretary-General.

The event was moderated by Mr. Jorge Chediek, UNOSSC Director and Envoy of the Secretary-General on South-South Cooperation.

Click here for more information about other worldwide activities of this special UN Day for South-South Cooperation: https://www.unsouthsouth.org/un-south-south-cooperation-day-2019-activities-around-the-world/

Click here to see the webpage of the 2018 UN South-South Cooperation Day.

Click here to see the webpage of the 2017 UN South-South Cooperation Day.

In celebration of #SouthSouthCooperation Day we very pleased to be collaborating with @FAO and @WFP to bring together an international panel and discuss the use of South-South and Triangular Cooperation to combat #ClimateChange: https://t.co/ZRnVtTbEID#SDG13 #SDG17 #RBAs pic.twitter.com/H6sCcNAVrK

On the occasion of the @UN #SouthSouthCooperation Day, UNCTAD presents a study on “South-South Digital Cooperation for Industrialization: A Regional Integration Agenda”. https://t.co/hNQmj8FMOi pic.twitter.com/ta22WqasQu

On #SSCDay, let's remember that #SouthSouth and Triangular Cooperation initiatives include innovative, complementary and cost-effective alternatives to adapt to #climatechange
and mitigate its effects. #SSTC #SSCDay #Zerohunger #sofi2018

Global South countries supporting each other is at the heart of #SouthSouth Cooperation. @ILO has supported these exchanges since the Buenos Aires Plan of Action in 1978. BAPA+40 is a means for @ILO and its social partners to achieve Decent Work.

It's the Int'l Day for #SouthSouth Cooperation! Meet Nabila, Afghanistan’s Deputy Minister of Women's Affairs. She has worked to promote gender equality in Afghanistan for over 10 years: https://t.co/yjk560C2Hs pic.twitter.com/q80gZXOfro